The NBA 2K series is a sports and sports classic that is loved by gamers and sports fans. In the NBA Finals is about to start, "NBA 2K19" also officially landed on the Chinese PlayStation 4 platform. Being able to watch the NBA Finals and cheer for your favorite players; while playing "NBA 2K19" with PS4, it is a very happy thing to be your own FMVP in the virtual world. 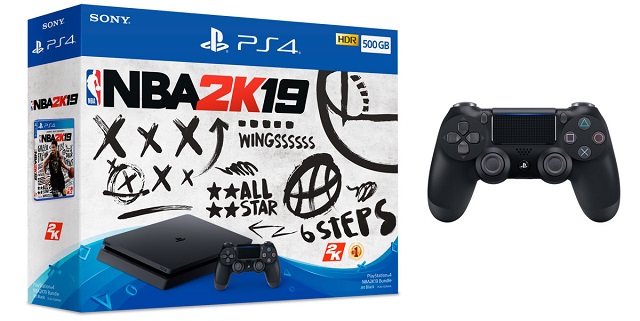 In this update, "NBA 2K19" has carried out a comprehensive upgrade while inheriting the classic design style and game mode of the previous version. Among them, using the latest mastering function, you can play the full basketball potential of MyPLAYER (self-made player), unlock special movements and abilities, launch the team's dominant function to release the power of the whole team, and realize the effect of controlling the whole game and the left and right battles, which greatly improved the game's immersion and substitution.

At the same time, the game also comprehensively upgraded the community system, opened the stadium, Under Armour cage, community instant events and other modes, designed a new day and night system, in addition to the regular NBA events, a field There is also a lot of fun in the exciting 3 to 3 street basketball game.

Ultimate Team Mode can create a variety of competitive mode competitions with LeBron, Kobe and other favorite players by creating MyPLAYER cards. In particular, the new infinite mode allows players to select five cards from the deck without any restrictions, enabling online matchups with other players. This model can fully combine "chasing stars" with "online games" and has the same effect as the design of the Wangzhe Rongyao.

MyCareer is a game mode of the stars' development. Through a new story, it tells the story of a Chinese player from the G-League to the NBA. Not only is the role played by the All-Star player, but also a popular endorsement contract. Players develop a new team of tacit elements, recreating the career story pattern that has grown from a community legend to a world-renowned star.

As the latest host running NBA 2K19, PS4 slim is the latest game console with portable, low power and high performance. In particular, the host supports dual-handle operation and can play NBA games with friends and family. It is a good choice for family friends.

At the same time, the PS4 slim also supports 360 omni-directional surrounds of PS VR (virtual reality headset), bringing an immersive gaming experience. The high dynamic range (HDR) image technology enhances the details of the picture and restores the real scene to a more stunning and stunning game visual effect. In addition to the NBA 2K series, it also supports most of the games on the market, and there are some free games that let you enjoy the game. Interested friends may wish to pay close attention to it, start PS4 slim in time, open your NBA dream-like journey.