Phantom forces Is a team based FPS game which has a large variety of weapons and attachments, and having good guns with first class set up is always a key factor to success in the game. Since there are so many guns, many beginner are wondering which the best gun is. Below, I’ll separate all the gun categories in the game and pick the best one. I haven’t played in a long time but I have researched a bit. A little of back story of myself, I’m rank 65+, so there is experience involved. 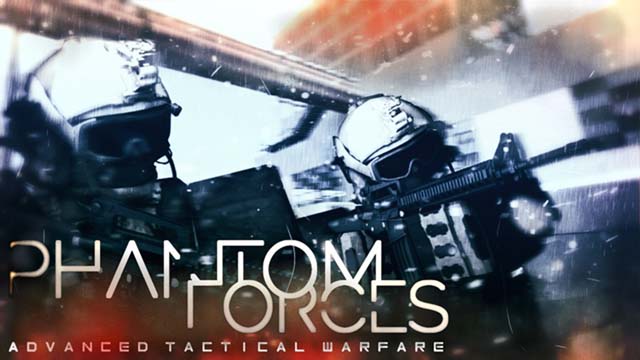 M16A4, hands down. This M16 is a burst gun, so it shoots 3 bullets every time you click. That means it has a nice fire rate (900 RPM) which is the standard for most guns. It’s also very accurate because it’s a burst. Also, the rank is pretty low and easy to reach.

Note: If you enjoy automatics, then you can use M16A3 or the FAMAS. By the way, FAMAS is known for the recoil, which is very stable but it doesn’t feel like it has lots of damage per bullet.

MP5 or MP5SD. MP5 is the vanilla gun because it’s standard and it’s got a nice recoil, damage, just the ordinary. MP5SD is slightly better than MP5 but the consequence is of course, the rank. MP5’s rank is 40 while MP5SD is rank 60.

AUG HBAR or MG36. AUG HBAR is unlocked at an early point and has a generous amount of damage. The bad thing is that the HBAR has less bullets than the MG36 so it has a smaller mag capacity. It also has a very slow reload speed, but not M60 speed.

MG36 is like a turret. It has quite a lot of bullets, and reloads quickly. It can also take down enemies at long range. Consequence is the damage and some recoil.

Best, overall, is L115A3. It is the most well-rounded gun and is the AWP of the game. The bad things is mag capacity and the reload speed. The worst is the rank as it is quite high for normal players.

Note: Best replacement is the Intervention as it has the biggest mag size and is the jack of all trades.

Definitely SVU. It has a built-in scope so you can basically counter-snipe but with better mobility and speed.

Stevens DB. It’s got the BEST damage and works very nice with Slugs. But it’s mostly experimental. Slow reload speed and low magazine capacity though. After all, it’s a double-barrel.

Note: For low ranks, try out the Remington 870. Works nicely.

Time for The Secondary

M45A1. It’s a direct upgrade from the M1911. And the M1911 is already good, if you can hit your shots. If you can’t then M9 will serve you well. Deagle is also nice but I only use it to get the clean headshots. Anything else, is pretty bad because of the recoil.

M93R serves you well as an overall secondary but for snipers, I prefer TEC-9 because, indeed, those flankers will play dirty.

I don’t know how the Mateba works so I won’t consider it. The 1858 New Army however, is actually good. It’s got a really good range and high damage. It has a slow fire rate but it just feels like a real gun, unlike the other plastic-y feeling.

Serbu shotgun because it’s low rank and is not a troll gun, like the ZIP or the SFG.

Really, it’s preference. I like the Karambit because it feels vintage and expensive.

But for unlockables, I think trench mace deserves it. It has the same front damage as the Karambit, and it can be unlocked.

Oh wait, there’s only one grenade and that is frag. Oh well.

After some time writing the above, I want to share my load-out. The one I will roll with to get some nice kills and get higher ranks.